In this paper we assess changes in atmospheric circulation patterns over the North Atlantic under an experiment of increasing carbon dioxide concentrations (CO2) of a very high resolution climate model (GFDL CM2.6): 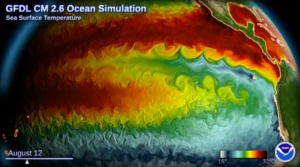 The high resolution of the model allows for mesoscale oceanic eddies to be resolved and thus for oceanic currents, such as the Gulf Stream and the Atlantic Meridional Overturning Circulation (AMOC), to be realistically represented. This is important for the ocean-atmosphere interactions that play a significant role in forming the dominant atmospheric circulation patterns.

In order to study changes in atmospheric circulation due to CO2 increase we compared 2 different experiments of the model: one with stable pre-industrial CO2 concentrations (PI) and one with increasing CO2 by 1% per year (2xCO2): 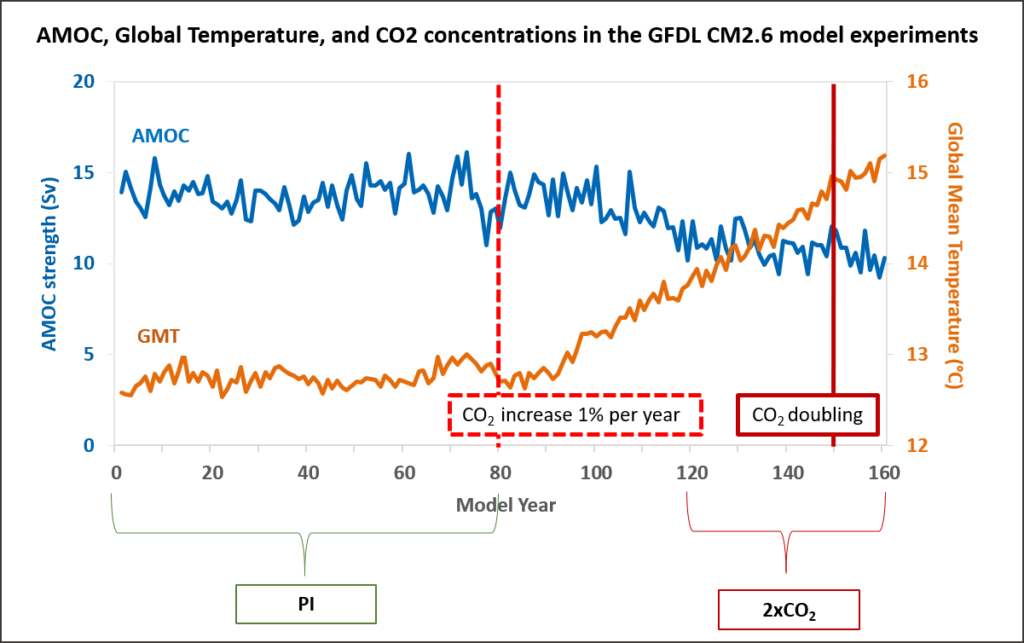 Those robust changes in a warmer world may have great implications for European climate. In winter the increase of zonal circulation is linked to increased rainfall over northwestern Europe, increasing the risk of flooding in the area:

In summer, the increase of the “Atlantic Ridge” regime is linked to less precipitation and longer dry spells over western and central Europe, contributing to higher drought risk:

Those dynamical changes act supplementary to the thermodynamic effects of a warming world, exacerbating the impacts.

To summarize, studying dynamical changes in atmospheric circulation is tricky due to model biases in its representation and to the sensitivity to the method used to define circulation patterns which is also linked to the large internal atmospheric variability. In this work, the combination of a very high resolution model and a strict method that accounts for the uncertainties gives high confidence in the results. The robust changes we find are in agreement with previous studies documenting similar changes in a warming world.

This result is related to project


Get in touch with us